Suppose the experiment about methods for quitting smoking were carried out with randomized assignments of subjects to the four treatments, and researchers determined that the percentage succeeding with the combination drug/therapy method was highest, and the percentage succeeding with no drugs or therapy was lowest. In other words, suppose there is clear evidence of an association between method used and success rate. Could it be concluded that the drug/therapy method causes success more than trying to quit without using drugs or therapy? Perhaps.

Although randomized controlled experiments do give us a better chance of pinning down the effects of the explanatory variable of interest, they are not completely problem-free. For example, suppose that the manufacturers of the smoking cessation drug had just launched a very high-profile advertising campaign with the goal of convincing people that their drug is extremely effective as a method of quitting. Even with a randomized assignment to treatments, there would be an important difference among subjects in the four groups: those in the drug and combination drug/therapy groups would perceive their treatment as being a promising one, and may be more likely to succeed just because of added confidence in the success of their assigned method. Therefore, the ideal circumstance is for the subjects to be unaware of which treatment is being administered to them: in other words, subjects in an experiment should be (if possible) blind to which treatment they received.

How could researchers arrange for subjects to be blind when the treatment involved is a drug? They could administer a placebo pill to the control group, so that there are no psychological differences between those who receive the drug and those who do not. The word “placebo” is derived from a Latin word that means “to please.” It is so named because of the natural tendency of human subjects to improve just because of the “pleasing” idea of being treated, regardless of the benefits of the treatment itself. When patients improve because they are told they are receiving treatment, even though they are not actually receiving treatment, this is known as the placebo effect.

Next, how could researchers arrange for subjects to be blind when the treatment involved is a type of therapy? This is more problematic. Clearly, subjects must be aware of whether they are undergoing some type of therapy or not. There is no practical way to administer a “placebo” therapy to some subjects. Thus, the relative success of the drug/therapy treatment may be due to subjects’ enhanced confidence in the success of the method they happened to be assigned. We may feel fairly certain that the method itself causes success in quitting, but we cannot be absolutely sure.

When the response of interest is fairly straightforward, such as giving up cigarettes or not, then recording its values is a simple process in which researchers need not use their own judgment in making an assessment. There are many experiments where the response of interest is less definite, such as whether or not a cancer patient has improved, or whether or not a psychiatric patient is less depressed. In such cases, it is important for researchers who evaluate the response to be blind to which treatment the subject received, in order to prevent the experimenter effect from influencing their assessments. If neither the subjects nor the researchers know who was assigned what treatment, then the experiment is called double-blind.

The most reliable way to determine whether the explanatory variable is actually causing changes in the response variable is to carry out a randomized controlled double-blind experiment. Depending on the variables of interest, such a design may not be entirely feasible, but the closer researchers get to achieving this ideal design, the more convincing their claims of causation (or lack thereof) are.

Some of the inherent difficulties that may be encountered in experimentation are the Hawthorne effect, lack of realism, noncompliance, and treatments that are unethical, impossible, or impractical to impose.

Suppose that, in fact, the subjects who sat in the waiting room with the TV consumed more snacks than those who sat in the room without the TV. Could we conclude that in their everyday lives, and in their own homes, people eat more snacks when the TV is on? Not necessarily, because people’s behavior in this very controlled setting may be quite different from their ordinary behavior. If they suspect their snacking behavior is being observed, they may alter their behavior, either consciously or subconsciously. This phenomenon, whereby people in an experiment behave differently from how they would normally behave, is called the Hawthorne effect. Even if they don’t suspect they are being observed in the waiting room, the relationship between TV and snacking there might not be representative of what it is in real life. One of the greatest advantages of an experiment—that researchers take control of the explanatory variable—can also be a disadvantage in that it may result in a rather unrealistic setting. Lack of realism (also called lack of ecological validity) is a possible drawback to the use of an experiment rather than an observational study to explore a relationship. Depending on the explanatory variable of interest, it may be quite easy or it may be virtually impossible to take control of the variable’s values and still maintain a fairly natural setting.

In our hypothetical smoking cessation example, both the observational study and the experiment were carried out on a random sample of 1,000 smokers with intentions to quit. In the case of the observational study, it would be reasonably feasible to locate 1,000 such people in the population at large, identify their intended method, and contact them again a year later to establish whether they succeeded or not. In the case of the experiment, it is not so easy to take control of the explanatory variable (cessation method) merely by telling all 1,000 subjects what method they must use. Noncompliance (failure to submit to the assigned treatment) could enter in on such a large scale as to render the results invalid. In order to ensure that the subjects in each treatment group actually undergo the assigned treatment, researchers would need to pay for the treatment and make it easily available. The cost of doing that for a group of 1,000 people would go beyond the budget of most researchers. Even if the drugs or therapy were paid for, it is very unlikely that most of the subjects contacted at random would be willing to use a method not of their own choosing, but dictated by the researchers. From a practical standpoint, such a study would most likely be carried out on a smaller group of volunteers, recruited via flyers or some other sort of advertisement. The fact that they are volunteers might make them somewhat different from the larger population of smokers with intentions to quit, but it would reduce the more worrisome problem of noncompliance. Volunteers may have a better overall chance of success, but if researchers are primarily concerned with which method is most successful, then the relative success of the various methods should be roughly the same for the volunteer sample as it would be for the general population, as long as the methods are randomly assigned. Thus, the most vital stage for randomization in an experiment is during the assignment of treatments, rather than the selection of subjects.

Experiments With More Than One Explanatory Variable

Suppose researchers are not only interested in the effect of diet on blood pressure, but also the effect of two new drugs. Subjects are assigned to either Control Diet (no restrictions), Diet #1, or Diet #2, (the variable diet has, then, 3 possible values) and are also assigned to receive either Placebo, Drug #1, or Drug #2 (the variable Drug, then, also has three values). This is an example where the experiment has two explanatory variables and a response variable. In order to set up such an experiment, there has to be one treatment group for every combination of categories of the two explanatory variables. Thus, in this case there are 3 * 3 = 9 combinations of the two variables to which the subjects are assigned. The treatment groups are illustrated and labeled in the following table:

1. Recall that randomization may be employed at two stages of an experiment: in the selection of subjects, and in the assignment of treatments. The former may be helpful in allowing us to generalize what occurs among our subjects to what would occur in the general population, but the reality of most experimental settings is that a convenience or volunteer sample is used. Most likely the blood pressure study described above would use volunteer subjects. The important thing is to make sure these subjects are randomly assigned to one of the nine treatment combinations. 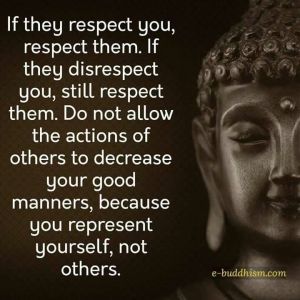 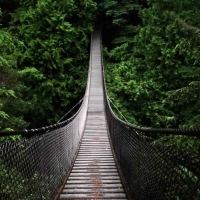 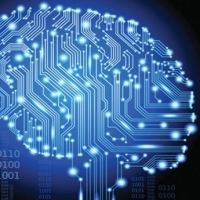